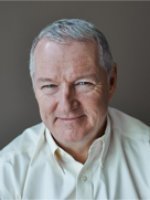 Jim entered the life insurance industry following graduation with a Bachelor of Commerce degree from the University of Ottawa in 1983. He began his career working alongside his father, J. Ronald Saint, who had gone into personal production after a long and successful career in management with The Great-West Life Assurance Company.  Since buying out his father in 1994, Jim has steadily grown JR Saint & Associates and has become one of the most respected financial advisors in Eastern Ontario.  Since the early 1990s, Jim has focused his practice on asset administration. Currently Jim and his team administer in excess of $150 million with various financial institutions, with a primary focus in investment solutions. Jim is active in the local business community and has been the secretary of the Ottawa Estate Planning Council since 1991 and served as its president for the 2002-2003 season. Jim’s interests include sports (primarily hockey and golf) and spending time with his wife (Christine) and his two young children (Jay and Annie).